Solving the climate and energy crises: Mine the Moon’s helium-3 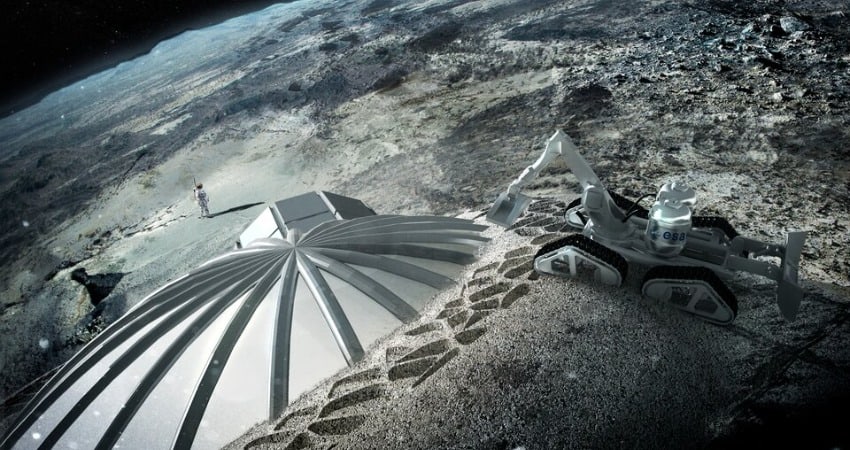 Recently, US Companies signed a letter of intent that will either change the history of the world or be just a footnote in humanity’s quest to develop clean, abundant sources of energy.

Solar System Resources has agreed to provide 500 kilograms of helium-3 mined from the Moon to U.S. Nuclear Corp. in the 2028-2032 timeframe.

According to Jeff Bonde and Anthony Tortorello, helium-3 is an isotope that has been deposited in lunar soil over billions of years by solar wind. Roughly 1.1 million metric tons of the isotope exists on the Moon down to a depth of several meters. Twenty-five metric tons of helium-3, about a quarter of the cargo capacity of a SpaceX Starship, would suffice to fuel all the power needs of the United States for a year.

The announcement does not reveal how Solar System Resource proposes to mine the helium-3. The company’s website is very heavy on breathtakingly inspirational verbiage and light on how it intends to raise the money and develop the technology to mine the solar system’s resources. However, the paper suggests that a rover could scoop up lunar regolith, separate helium-3 along with oxygen and hydrogen, store them and eject the processed lunar soil. The gasses would be taken back to a lunar base where the oxygen and hydrogen would be put to good use and the helium-3 stored for later export to Earth.

The announcement also does not reveal what U.S. Nuclear Corp. intends to do with the helium-3 once it takes delivery. The company, which builds radiation detection devices, that is researching a fusion technology called staged Z-Pins This would create a fusion reaction long enough and sustained enough to become a power source. Presumably, an abundant store of helium-3 could be an asset for those experiments.

Deuterium and tritium fusion releases radioactive neutrons that will damage and weaken the containment vessel. Periodically, a fusion reactor using this method would have to be taken offline for decontamination. Tritium is also radioactive, making its handling difficult and dangerous. A deuterium and helium-3 fusion creates helium and charged protons as byproducts and few or no radioactive particles.

The main disadvantage of fusion using helium-3 is that it would take a far greater amount of energy to achieve it than the conventional deuterium and tritium variety. According to  Open Mind, Frank Close, a physicist at the University of Oxford, regards fusion using helium-3 as “moonshine.” Close suggests that a deuterium and helium-3 fusion will still produce some radioactive neutrons.

Helium-3 fusion is an even more promising technology, albeit a more difficult and complicated one to develop. The consensus seems to be that such reactors will not be achieved for some decades, say mid-century.

No one can guarantee that enough helium-3 will be mined from the Moon to jump-start serious development of technology using the isotope as a fusion fuel in the foreseeable future. There is no guarantee that such a development will see practical results anytime soon. However, the effort would be well worth pursuing, with substantial money and effort deployed behind it. If not the two aforementioned companies, someone should undertake the effort. Fusion using helium-3 as fuel would change the world in profoundly beneficial ways.

The great problem civilization faces is access to clean, affordable and reliable energy. Recent events in Texas prove that not having energy, even for a few days, can be catastrophic. At the same time, humankind needs sources of energy that do not harm the environment, especially by emitting greenhouse gasses.

It appears that humankind is returning to the Moon, at long last. Former President Trump started the Artemis Project. There are many reasons to return to the Moon, from science, to commerce, to soft political power. Solving the decades-long energy crisis could be the singular benefit for expanding human activity to Earth’s nearest neighbor.