The History Of Longines Watches 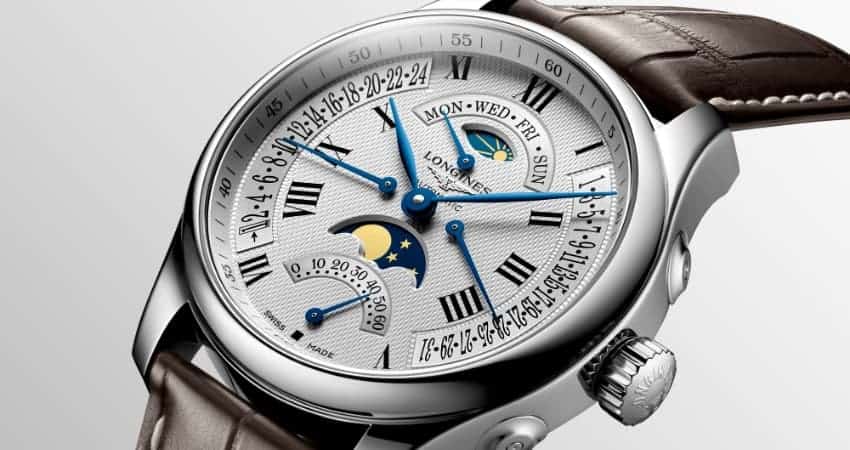 Longines is a luxury watchmaking brand well known for the elegance and performance of their products. Undeniably a brand with a long and prosperous history. Longines stands as one of the innovators of Swiss horological tradition. For over 188 years they have been committed to revolutionising the industry, whilst priding themselves in preserving their longstanding heritage. This dedication to learn from, but protect the past is what makes Longines so distinguished.

The history of Longines watches began when it was founded by Auguste Agassiz and two other partners in Saint-Imier, Switzerland in 1832 as a comptoir under the name Raiguel Jeune & Cie.

Pre-industrialised watchmaking was very different from what we know today. The comptoirs served as a middleman between the watchmakers and customers. Separate parts would be made at home by individual families. These parts would then be given to the comptoir who would send them to watchmakers for assembly. Once assembled the watches would be returned to the comptoir to be sold. By 1846 Agassiz became head of the company. Early on the brand found great success overseas due to Agassiz’s connections in the US.

In 1852 Auguste Agassiz brought his nephew Ernest Francillon into the business and by the mid-1860s, Francillon had taken over. Francillon wanted to examine how the industrial revolution could be applied to watchmaking. His travels to the US prompted him into opening the very first Longines factory, in 1867, in an area of Saint-Imier known as Les Longines or “the long meadows” which is where the brand adopted their name from. That same year Longines produced their first in house movement the 20A. The watch movement had an innovative anchor escapement. This won them an award at the Universal Exhibition in Paris.

At this time production in the Longines factory was still manual. With the growth of the company, Francillon employed Jacques David as a technical director. On return from a trip to Philadelphia after the Universal Exhibition in 1876, David wrote a report about his experiences. This report is considered a stimulant to the move towards the industrialisation of Swiss watchmaking, putting Longines at the forefront of the mechanisation of the industry.

Throughout its lasting history, Longines has pioneered many advancements in watchmaking. In 1878 the company produced its first chronograph movement, the 20H. The movement was perfect for precise timing. Their accuracy is something Longines prides itself on to this day. Thanks to this mechanism, the brand was launched into the world of equestrian sports, popularising them even further. Due to this popularity, Francillon sought to protect the integrity of the business and registered it as a trademark. The Longines name and brand logo are currently the oldest still in use trademarks, unchanged since 1889.

Longines launched its first automatic movement in 1945. This was also the first time the new rotor winding mechanism was adapted for large-scale industrial production.

1954 saw the brand develop its first quartz clock, which was attached to a camera. This was used during sporting events as it gave referees and judges a still image taken every 100th of a second allowing them to more accurately monitor athletes’ movements when crossing the finish line. This quartz clock and camera were also used to document and time the Bluebird II high-speed car as it set the world land speed record in 1964.

A new timekeeping and tracking system was launched by the brand in 2015 revolutionizing horse-racing technology. The system provided information on the exact position, ranking, and speed of the horses.

Longines has been involved with the sports world since the late 1880s. This longstanding tradition is even evident to this day. As far back as 1926, Longines has been involved in equestrian sports. The brand has been in official partnership with Royal Ascot for more than 14 years, becoming its official timekeeper. Their continual appreciation of the equestrian world is evident in the Longines Equestrian Collection launched in 2015.

For close to 190 years, Longines has pioneered and led the world of luxury watchmaking and timekeeping. The combination of time-tested expertise, pride in their heritage, and fearless modernization has put Longines at the forefront of the industry and will continue to propel them to new heights. The history of Longines Watches has only just begun.