Tumi’s Luggage Can Look Smart And Be Bulletproof, Too 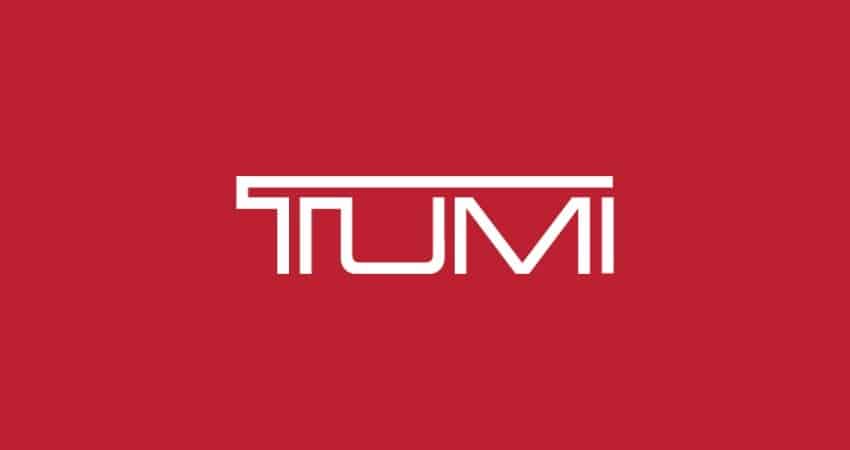 For frequent flyers and road warriors, two wheels may not be enough.

The latest luggage being hauled behind weary business travelers in Heathrow, LaGuardia or LAX is perched up on four wheels. And those bags, of course, are constructed of ballistic-grade nylon, able to stop just about anything a baggage handler could throw at it.

Tumi ( TUMI ) is bringing high-tech engineering and product innovation to the staid world of luggage.

But just because its bags are as sturdy as a bulletproof vest, they don’t have to look like one. Tumi is now adding splashes of color to some of its bags and rolling out new fashionable accessories to both ride the rebound in global corporate travel, and lure more women and other new customers.

“One of the keys to their success has been their ability to broaden their product line and customer base without alienating their core customers,” said Amy Noblin, an analyst with William Blair & Co.

Tumi was founded in 1975 by a former Peace Corps volunteer, Charlie Clifford, and named after a ceremonial knife used by the Incas and early culture in pre-colonial Peru. His company originally imported rough leather bags from Latin America. In the early 1980s it developed its signature product lines of black ballistic nylon bags for business travelers and other frequent flyers willing to pay more for high-quality, rugged gear.

It built a loyal following from customers who liked the sturdy designs, and the company’s repair work when a zipper or wheel didn’t hold up.

“When something is ‘design fixed,’ it means that it’s ready for production. Our products were never completely design fixed,” Clifford said in a 2011 interview with Inc. magazine .

“We’d constantly make changes and tweaks: better handles, more pockets, stronger screws to hold the piece together. We never copied other companies, but we were never afraid to borrow good concepts and then interpret them as our own.”

“They are one of the strongest brands in the global luggage space, which is a market that’s growing at a healthy clip and looks to be consolidating,” said Christian Buss, an analyst with Credit Suisse, which was one of the underwriters of Tumi’s April 2012 IPO.

But investors have given Tumi mixed reviews. Shares surged 47% on its first day, but tumbled soon after.

Shares have taken several whacks, too, as Doughty Hanson continues to sell its stake with large follow-on offerings in November and in March. The private equity fund still holds 25% of the shares, so more large offerings are possible.

The company’s travel bags, mostly those wheeled carry-on-sized luggage and soft-sided totes, made up 45% of sales last year. Brief-cases, messenger bags and other business items made up 41%.

The rest of sales came from its accessories line, launched in 2008. Sales of those wallets, business card holders, sunglasses and other goods were up 46% in the most recent first quarter.

Now, the company is focusing more on the form of its highly functional bags, in a bid to attract more women. Slightly more than half of its customers are men, it said.

“The brand heritage is outstanding, and our customers are highly loyal,” CEO Jerome Griffith said in a May conference call with analysts. “We believe that these two factors will be crucial in enabling us to successfully expand into new categories while also continuing to create high-quality innovative travel goods for our existing consumers.”

The company added new colors last quarter to its Tegra-Lite line of lightweight, hard-shell wheeled bags that retail for about $800. It’s Ticon line of leather satchels and bags, which sell for up to $1,500, have a pocket with a special lining that shields credit cards, ID cards and other data-chip devices from scanners that crooks can use to steel information.

But its latest guidance is modest compared with the Street’s expectations. The company guided sales growth of 18% to 20%, with diluted earnings per share of between 82 to 86 cents. Analysts collectively expect sales to climb 19.9% to $477.7 million this year, with EPS at 87 cents.

And Tumi’s hit turbulence in the past. Sales plummeted after the Sept. 11, 2001, terrorist attacks, which devastated the travel industry. The SARS outbreak a few years later also sent ripples through the industry again.

While Tumi is diversifying with its accessories, the company remains susceptible to travel disruptions.

There’s also strong competition in each of the markets it serves. In its core luggage market, it goes up against well-established brands, including Samsonite International (which reportedly made a bid for Tumi before it came public) and German luggage maker Rimowa. Its expanding accessories business brings it up against leather goods makerCoach ( COH ), Michael Kors and others.

Tumi will need to keep an eye on quality control as it expands.

High-end yoga clothierLululemon Athletica ( LULU ) in March spent millions recalling a batch of its stretchy pants, and slashed guidance after noticing the sheer fabric was just a little too revealing.

“They’re not trying to do this radically overnight. It’s a very controlled evolution of the brand, and I think that has led to their success,” she said. “Oftentime retailers move too fast.”